The voices listed on this page are a small selection of the voices of spirits- human beings who lived on Earth and returned after death through either a direct voice medium or a materialization medium.

This is a VERY rare kind of mediumship called physical mediumship which is now virtually unknown in the USA. It is the mediumship that changed the world in the late 1800s and early 1900s and was investigated by the leading scientists of the day. It is still kept alive in small centres in the UK.

To listen to recordings of the many voices of spirits who spoke through direct voice medium Leslie Flint click here.

Below are some of the recordings of the voices of hundreds of spirit people who materialized and spoke in their own voices through the mediumship of David Thompson.

Our book- right- explains this kind of mediumship in detail.

THE AIM OF THE AFTERLIFE EXPERIMENTS

The leader of the afterlife experiments who chooses to be known as “William” talks about his aim- to prove that there is life after death.
Listen (5 mins)… Read Transcript

WILLIAM CLAPS HIS HANDS
The spirit leader of David Thompson’s afterlife experiments “WIliam” shows that he is fully materialized by clapping his hands and stamping his feet.
Listen (2 mins)... Read transcript

AFTERLIFE INVESTIGATOR: MONTAGUE KEEN – DIRECTLY FROM THE THE AFTERLIFE

Three weeks after he died a spirit claiming to be Montague Keen, the eminent psychic researcher who co-wrote a report on the Scole Experiments for the British Society for Psychical Research, materialized through the excellent mediumship of David Thompson. Montague Keen’s wife, Veronica, verified that it was indeed her husband. He was someone who from 57 years of research knew what to expect- but his words to her were: “it’s everything that I thought it would be and so much more. So much more, it is.” And interestingly he confirmed that the Scole experiments were everything he had thought they were.
Listen to audio of Monty’s first contact.
Read transcript

20th November 2010- an energy claiming to be Sir Arthur Conan

Doyle- author of The History of Spiritualism
Volume 1 and Volume II and a great champion of afterlife investigation. He claimsthat he is working with me from the afterlife – and says ” we are cut from the same cloth !”. Sir Arthur’s strong personality comes across very clearly in the voices recorded. He has come through several times in the past and his personality is always consistent. Listen…(takes about 2 minutes to download)

QUENTIN CRISP, a great entertainer while alive who loved to provoke and shock people. He still entertains and also has a serious message – he says the Catholics are very wrong and misleading millions around the world when they say that gays go to hell.Listen…(takes about 1minute to download)

GORDON HIGGINSON (1918-1993) himself a materialization medium while alive, now fully materialized chats with a friend and corrects him when he makes a mistake about where they worked together.
Listen (5 mins) ...Read transcript.


A SPIRIT REUNION– Nick for Sarah
There have been hundreds of reunions where people share personal memories, unfinished business and personal messages. Nick (in spirit) speaks again to his partner Sarah-
Listen.…… Read transcript

The distinctive “whooshing sound” that is heard before and after each materialisation as ectoplasm is drawn from the medium.
Listen (15 secs)…

For more sound files and witness reports see
The Circle of the Silver Cord Hompage
http://www.silvercordcircle.com/

All sound files are the property of David Edward Thompson and are copyright as of the date of production. Copying, reproduction or broadcasting for any purposes without the express written premission of the owner is forbidden.

Victor Zammit speaks on his experiences with David Thompson’s mediumship

Without doubt, making contact with materialized spirits is the greatest discovery in human history. Naturally, people want to know more about materialization. Over the last couple of years a number of people sent for questions for clarification about David Thompson’s mediumship. We have consulted with David and accordingly we now have answers to twenty requests for clarification about David’s mediumship
Read more…

Sign up for our free Friday Afterlife Report (now in its 18th year) which brings you the latest news, interviews and videos from the world of afterlife research. See previous reports at
http://www.victorzammit.com/archives/ 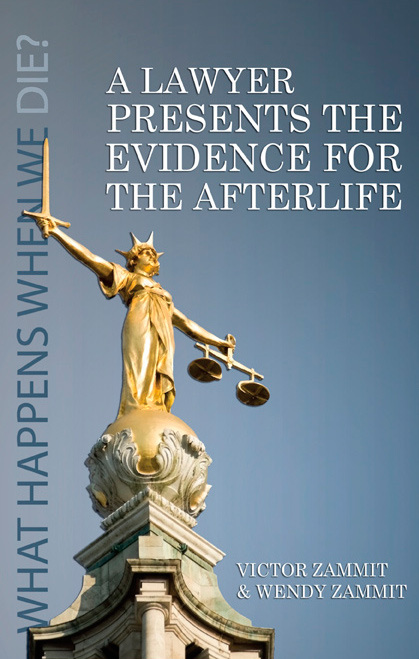